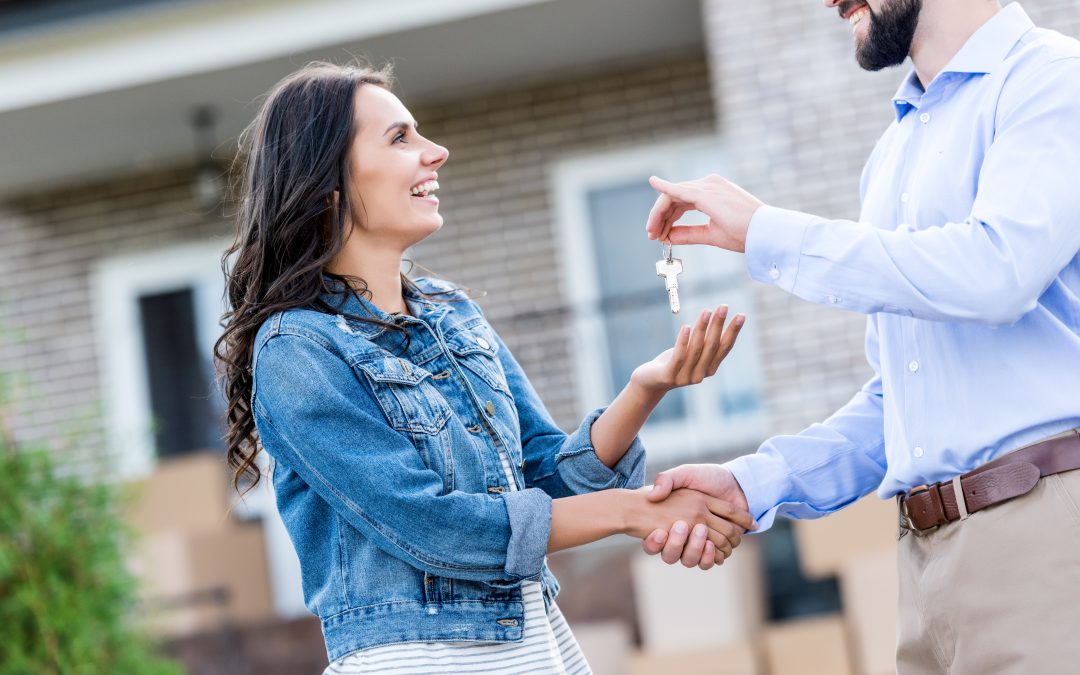 Welcome To The Mortgages By Gretchen Show!

Welcome to the Show! We’re here to share valuable tips and info to help you and your family create the life of your dreams.

Michael Dominguez is both an investor and an investment specialist realtor, focusing on cash flowing and wealth building investment properties in the Durham, Northumberland and Kawartha Regions.

Gretchen: OK. Looking forward to the book. So people have a lot of questions right now about the buying and coping market that we’re in. What would you say to potential buyers and sellers?

Michael: Yeah, the COVID world is very fluid. It’s the shortest answer I can give you in terms of what’s going on. So, anything we talked about today could be very different than certainly what it was a month ago and where it could be a month from now. I could tell you as it sits in late June 2020, the level of interest in real estate has basically skyrocketed in the last few weeks. The number of showings that we’re seeing in our listings on our brokerage. I happen to work for the number one brokerage in Durham in terms of volume. So it gives us a pretty good perspective of what’s going on here in our local market. But I’ve been, again, as a student of real estate, I’ve been sort of following a lot of other leaders in the industry and they’re sort of experiencing the same component.

In the last week, ending Sunday, the number of showings on the Remax Jazz listings for that week was the most in any seven-day period or one-week period since the late 2017. So we haven’t seen a week with that many showings for probably almost three years now. And to put that in perspective, the number of showings a month ago, six weeks for sure, was approximately one quarter what we are seeing right now. So where we were getting two hundred, two hundred fifty showings in a week in collectively the entire brokerage’s listings, now we’re seeing seven hundred to a thousand listings or showings in that period of time. That’s an indication that there’s a lot of people out there looking at purchasing right now and entering into the market.

Gretchen: In showings, because of COVID restrictions, are they more efficient and faster or is it the opposite of what are you finding with that experience?

Michael: Great question. The answer is a little bit of both. Many of the agents are compiling only 30 minutes showing so there’s more frequency in terms of showings. However, in the past, we would have in some cases two or three showings at the same time. And that’s no longer being permitted by most realtors and most brokerages. So we’re doing half our time slots where each person has their own little window. So there are some restrictions, but there’s a greater frequency as well. And I’m telling you, people are just chomping at the bit, especially the type of properties that we’re seeing selling the most right now are entry-level up to a little bit above entry-level. If you have a higher price for a bedroom, two-story home in a premium market, they’re seeing a tremendous slowdown on properties like that. But on the entry-level and just beyond that market, it’s hot right now with low-interest rates, which obviously you could speak on that. The biggest challenge when it comes to financing is if they don’t have a steady income at this time. And again, you can talk more about that than I can. But if they’ve been unaffected from their income source at this point, the lower interest rates are certainly leading to an increased number of buyers right now versus a decrease.

Gretchen: That makes sense. OK, so the new investors first or second time getting into that, being an investor, being a landlord, do you have any specific tips to help people with avoiding those costly mistakes?

Michael: Yeah, I know it’s going to sound very cliché, but don’t go it alone. The number of mistakes that I made that were preventable mistakes I could write a book on and actually constantly I am. And so, working with a power team, you can use 100 different wonders as an example, working with a lender that understands how to work with investment properties like yourself is who I would recommend. Working with a realtor, working with insurance brokers, working with contractors that have worked with investors because, you know, just a contractor is a great example is the amount of work I would do in my kitchen at my personal house could be very different from the money I spend on a rental property. I may be focused on not spending quite as much, but still, I want it to be very functional and clean, and sturdy. So working with the right people can really set you in the right direction for sure. Attending local meet-ups, I realize there are some restrictions now.

But I’m telling you, the amount, if you invest the time, the amount of groups that are currently doing virtual education right now is you can be overwhelmed in the amount of education that’s available right now. The key is to just start to start to get it and make notes and really start to do your research. There’s a number of books, obviously, on the subject. But honestly, it’s just meeting with some local people and really starting to network with others that are actually doing what you want to be doing.

Gretchen: And would you have a tip in terms of mindset and sign up for me personally? My mindset goals run my life. So would you have any had to be in a good mindset for investing?

Michael: Yeah, that’s really the whole premise of the well, not so much the premise of the book what’s driving me is, you know. Understanding your why is a big deal. I don’t think when I talk to all the people that are clients of mine with investors, I don’t think any of them sort of says I woke up one day and I wish I’d be a landlord. That was what my goal was to be. I don’t think anyone’s ever said those words before. Nobody really wants to, you know, be responsible and a landlord and stuff like that. It’s a means to an end.

And so the goal is, at least for many people, myself included, is to obtain a level of financial freedom and to offer me the level of choices that I want to have.

And I put myself in a viable position so that I can not have to depend on any one job, any one person to keep me afloat. That scares me. That’s in my mind. That’s the riskiest situation of all. I want to empower myself so that I have the choices on my own. And so, you know, again, if I have a conversation with someone their mindset is I just don’t want to be dealing with tenants, I don’t want to be plunging toilets. The reality is that it’s the less you get if you work with the best properties, there’s less of that crappy stuff than you might think. But at the same time, there are some crappy days. And so it’s a matter of understanding what your why is and then striving to get there.

Gretchen: That makes complete sense then you have your control and some security and choices of freedom. Awesome. What would be your last piece of advice for Canadians today at this time?

Michael: Well, it’s a continuation of that last comment. If COVID has has kind of taught us anything, it’s that we can’t we can’t depend on one employer as our sole source of income. You know, how many people out there have been laid off? Even if it’s just temporarily for the last three or four months and potentially even longer. And, you know, that’s a really scary position to be in.

So certainly I’ve been telling people more than ever before to really focus on creating some sort of a side hustle or whatever the slang word is of the day. But to have a second, third and even fourth source of income I think is so imperative. And whether that be investment property income that I focus on, and I don’t get a ton of cash flow on it because of the way I refinance my properties, but I do get positive income from that. I do get mortgages and I generate monthly income in that manner. We also do some value investing and actually in the past number of weeks and months, I’ve been taking a lot of further education on trying to make myself even more skilled in terms of value investing. Maybe it could be option trading that can generate some extra money. It could be a small business or a side hustle.

Become an Uber driver or UberEats if you need to, but the more side income to decide how so you can make the better. And especially if that doesn’t involve you doing the day to day work like you. A lot of people I know are making Scrunchies or working at Uber Eats or something like that, and you have to physically do it every single time. Whereas, once you get an investment property or a private mortgage and they’re running themselves now you’re essentially you’re earning money while you sleep.

But real estate is something that any one of us with male or female doesn’t matter who you are. If you spend the time and get the education, you can invest in real estate and change your situation.